Esme echo wrote:We'll have to agree that we don't agree on this topic. I don't get the feeling that Edward is a tortured soul, suffering from a constant, unwelcome barrage of mental noise (please forgive the hyperbole!).

Another reason I feel the way I do is that when Edward was first changed, he didn't even realize he had this extra ability. It's true that he wasn't around a lot of people at that time--being a newborn!--but hearing Carlisle's thoughts was not the least bit odd, and apparently wasn't making him nuts.

Perhaps fans are considering this gift in light of how we--as humans--might feel about something similar, but Edward is a vampire, with a vampire's mind . . . which has all that room to think of lots of things at the same time! Read again how Bella felt about all the room in her head after her transformation was complete, then consider how Edward might regale unwelcome mental noise to the back of his consciousness--the same way Bella was able to shove her thirst to the back when she was . . . distracted.


I think you have a point about Edward's ability to shove things aside or to the back of his mind on one hand. But... it's a bit more complicated than that I think. Just like the thirst they experience never truly goes away, Edward can't ever truly block everything he experiences as a mind reader.

I also don't see where either Carlisle or Edward thought that Edward's ability wasn't odd. In fact, I believe that Carlisle was quite surprised. As was Edward... and I'm sure he found it very unsettling along with all the other heightened senses he was suddenly experiencing. However, as you mentioned, at the time it had just been the two of them. When Edward first woke up and realized he had this capability there was only the mind of his sire, a good and compassionate man by all accounts, there to be heard.

Lastly, another thing that I thought of is this: When Edward decided to use his gift to try and hunt humans, but do so in some kind of moral way, he found the despicable thoughts he was exposed to overwhelming even for him. Even if there was room in his mind to push the thoughts he heard aside, I don't think that they impacted him any less. Sure, at some point he learned to tune most of it out, but don't forget that it was the vial and disgusting things he saw in the minds of his victims that led him to give up hunting humans permanently. By then, his opinion of humans had already been formed and no matter where in his vampire brain he shoved what he'd seen and experienced, he could never forget.

So... I personally think Edward was a little tortured. If only because of the not being able to forget part, and not so much the daily exposure to high school students that he chose to ignore. 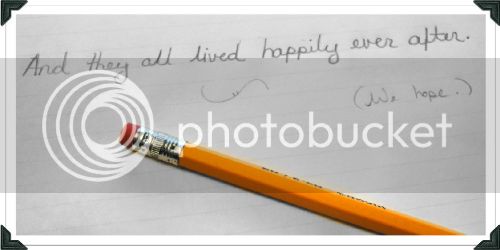 Just because you have room, doesn't mean you can make things just "disappear". You can put stuff away, perhaps pile them in a corner- but they never disappear. That's the analogy I think of when it comes to Edward's mind-reading: he chooses to focus on something, and selectively "hears" those thoughts as louder than the rest- but he still hears everything else.
Top

ringswraith wrote:Just because you have room, doesn't mean you can make things just "disappear". You can put stuff away, perhaps pile them in a corner- but they never disappear. That's the analogy I think of when it comes to Edward's mind-reading: he chooses to focus on something, and selectively "hears" those thoughts as louder than the rest- but he still hears everything else.

Very well said. And you did it with a lot less words than I tried to!

Just a couple of things, VirginiaMay: Edward didn't even realize he was hearing Carlisle's thoughts until Carlisle figured out Edward was answering his thoughts before he spoke them. And the reason Edward quit hunting humans was because he saw in his eyes the monster he was becoming. It's true he despised the men he hunted "who were barely more human" than he was, but I don't recall Edward ever indicating that evil thoughts were overwhelming to him. Humans basically bored Edward.
"Where there is great love, there are always miracles."
Top

You have to admit (Well obviously you don't have to, but you know the saying I am sure), that being bored is a kind of torture in and of itself. So though you may not agree

Esme echo wrote:Edward is a tortured soul, suffering from a constant, unwelcome barrage of mental noise

, he is at least rather miserable, because even if we all disagree on how, we agree he is "suffering" from something (aren't we all

) You think he is bored with humans, whom he is forced to be around constanly. And the monotony would drive me insane, I can't imagine how someone who actually has a right to feel semi-superior, and has so many different things he could be doing, versus relearning something for the upteenth time, would feel. And others think that just the constant buzz of hearing human's chatter is torturous. Others I must say I agree with, even if he doesn't have to pay attention to it at the moment, it builds up, they have a perfect recollection of EVERYTHING. When I go through my drawers of clothes, I am constantly annoyed with the numerous articles of clothing I have, have no need for, but (in their case) can't get rid of. I just want the things I care about to be in there, so I can find things with ease. He has much more information to sort through than most normal vampires. And there has to be some horrifying things he hears that he will never be able to let go of, blegh!

I mean, it may all be a little insignificant to him, he may be able to push it aside with ease. But I feel like evidence shows that it still gets to him, which is understandable! Even the tiniest nusiance, with enough time, becomes quite annoying. Like having to hear a tiny fly in the background constantly. How irritating would that get?

[on a side note, thank you JazzGirl for the signature compliment! It was quite an amazing night!] I think a lot people try to over-think Edward. He's my favorite character, and I end up

So, I was thinking about the times I feel Edward truly was feeling tortured, and I decided those were the times when he was faced with losing Bella. Edward told Bella in Eclipse that his bond to Bella was stronger than the imprinting of the werewolves. I can't think of anything mortal to compare that sort of bond with. But, thinking of how Jacob might feel if he lost Renesmee -- and remembering that Edward was even more tied to Bella -- I guess I can get a glimmer of why he went to the Volturi when he thought she was dead.

I loved the way New Moon: The Movie portrayed how Bella felt in those months after Edward left: she existed / had a nervous breakdown / wasn't really present, anymore. (Of course, Edward wasn't really present apart from Bella, either!) Is this total commitment one of the reasons this series is so gripping? I am awestruck at how completely Ms. Meyer has riveted our imaginations with this relationship.
"Where there is great love, there are always miracles."
Top

Esme Echo~ I do agree with you there. And, I am probably most guilty of it. Edward fascinates me and so, I end up over thinking every aspect of him.

As for the second question, yes, absolutely. I think that is a huge reason for why the story grabs such a wide and varied audience. Ironically, it is the quote from Jacob that sums is up best. Because it is more than mere commitment that Edward has with Bella. It is devotion, pure and plain and complete. It isn't just that Edward's life without Bella is bleak, or that he can barely picture it. Edward's life without Bella just isn't. IT does not exist. She truly is his other half, seared to his soul, and saying he would do anything for her is like saying the Sun rises in the east. That kind of devotion, having someone who truly and completely has no other concern than your happiness is something so foreign to any of us that it is utterly fascinating. Even the most connected and loving relationships are marked by moments of self concern. And that's not a bad thing. It's a very healthy and normal thing. But, that idea, having the person you love most in the world that intensely in love and devoted to you... it is unfathomable.
“Directing 7 Cullens at once=herding cats" :ROTFLMAO:
C-Dubs is TwitterRoyalty

*Cough*Cough* I'm usually a silent reader for this thread but, to support Jazz Girl point this is a quote of Stephenie Meyer in one of her interview, she was talking about all vamp couple:

"When Kate met Garrett, she found something she'd never found [...]. She is currently attempting monogamy for the first time in her long life." S. M. The guide p. 157
Top

That's exactly what I was trying to express, Kate. Thank you.
"Where there is great love, there are always miracles."
Top

Kate wrote:*Cough*Cough* I'm usually a silent reader for this thread but, to support Jazz Girl point this is a quote of Stephenie Meyer in one of her interview, she was talking about all vamp couple:

Thank you Kate. That's one of my favorites SM quotes about her series and the relationships she imagined. Love it!!