Jadey wrote:But the last two years she was living in emotional and physical stress. Edward aswell.
I thought the breezy transformation is what she deserved after all the pain and heartache shes lived through.
All the times she got physically hurt from vamps. All the emotional pain with Edward.. and Jacob too (although I think a lot of it was caused by no one but herself). Then the baby comes along..
Don't you think she's been through enough?
I don't think my heart could take it if Bella had to go through another painful experience.
It was a huge weight off Edwards shoulders too. Spending the last two years in agony.
If he had to take care of Bella again once she changed.. it would be tough for him.. emotionally. He wouldn't complain..

Although having Bella struggle through the transformation would've been a more interesting story.. im glad SM cut her a break.

I agree 100 %. I was just reading the part where she wakes up in BD on the bus today. And it made go all "Aww" when Edward kissed her. It's just sweet how she feels exactly the same for him, even stronger. If she had a beating heart, it would still stop by Edward's touches. I think it would have been awful if she had been this crazy newborn who they would have to physically restrain.
They both deserved happiness. Edward would have been beyond himself with guilt if Bella should happen to slip up and kill someone. And for Bella as well, I doubt that she could live with that.
So I think SM wrote the transformation very good. And it was only to be expected that Bella would cope differently with the situation than most of them did, because she had all this time to prepare and she wanted it. None of the Cullens wanted it when it happened to them. And also, Bella is just a little different from others in a lot of ways

I think it was also important that Bella had an easy transformation because of Nessie. It would have been a weird story if Bella couldn't stand to be in the same house as her daughter out of fear of killing her. So if SM wanted to show more of Nessie, it had to be that way. So I loved that Bella was a perfect vampire, and I loved the happily ever after.

While I was reading the after- Transformation part, I immidiatelly came up with my own theory. We see in the books -all of them- that Bella most of times controls her needs and herself in many ways in order to make others happy. We know that strong human traits become stronger when someone becomes a vampire, so I came to the conlcusion that this was might the reason why she didn't give in human blood so easyily. And of course because, especially in Eclipse, she new what was coming and with her interaction with vegeterian Vampiers (aka Cullens) she had an idea about what she should do in order to restrain...

despoina92 wrote:While I was reading the after- Transformation part, I immidiatelly came up with my own theory. We see in the books -all of them- that Bella most of times controls her needs and herself in many ways in order to make others happy. We know that strong human traits become stronger when someone becomes a vampire, so I came to the conlcusion that this was might the reason why she didn't give in human blood so easyily. And of course because, especially in Eclipse, she new what was coming and with her interaction with vegeterian Vampiers (aka Cullens) she had an idea about what she should do in order to restrain...

Yeah this is roughly the conclusion I came to as well...even though I kinda wanted to see her a little more crazy and bloodthirsty....but oh well..

Broken-Mirror wrote:I was really dissapointed in how she was changed but with everything happening in the book I didn't think about it until later. I wonder if she would think about it later and be dissapointed also that she was changed in a rather medical way while she was unconcious. I was really hoping for some really romantic scene of her looking into his eyes so he would be her last human sight and then him whispering "I love you..... forever" or something before finally biting her. Where is my sadistic blood-romance scene??

It didn't really bug me too much but I was hoping for a more private personal moment than ripping a baby out of her and injecting her with poison.

I definately see your point, but I think that if the transformation happened in a romantic moment he might not have been in such control of himself. The desperation of the situation gave him the strength to save her. Also, Carlisle said that restraint is much easier when the blood is weak.
Top

Wow I am kind of on the same page with some. I was dissapointed in how she became a vampire.
Very violent and clinical. I too had dreams of her and Edward in a very private moment.
Hopeless romantic here. But I also knew she would not be a wild newborn. Look at how she was in her life. Always mature and taking care of even the adults, Renee for one. Thinking of others first, doing without.

Not seflish at all. It would only make sense that she would not give in to her needs as a vampire.
Every time I hear thunder, I wonder if Vampires are playing baseball. Alice is my personal shopper

Am I the only one who doesn't like vampire Bella?

I didn't like her when she was human, and her character only got worse. I don't have time right now to list all the reasons, but my biggest reason is the fact that Bella didn't have to sacrifice anything.

She got the love of her life, got to keep her best friend, stayed close with her father, got a daughter who is super special with super special powers, didn't have to suffer like a newborn should have, got a shield power that she didn't even have to figure out on her own, etc.

Giving up her human friends wasn't really a sacrifice to me. She didn't think about them when she became a vamp. They were more acquaintances than friends anyway.

To me, her lack of blood lust completely over rode Edward's struggle the past three books. She could have finally understood how painful it was to be close to her, but he loved her so much he fought against it. But, nope.

^-- I'm with you on that one. I actually felt a bit cheated- maybe not the first time I read BD, but definitely on the rereads.
Top

I think the transformation was still romantic because they decided to do it together. Edward was respecting Bella's decision to keep the child and in turn did everything he could to keep her heart beating... Even working with Jacob in the process. Bella knew the risks and Edward trusted her enough to let her take the risks.

I think at first I was disappointed that it was easy for her. But I didn't even have to read far for me to re-evaluate the situation. When SM went in to all the description of how much new sensory information there was to process, I thought that it would have been overwhelming readers to have to go through accepting the new mind and body Bella had as well as the extreme temptations fighting to take over her. It was enough that we saw on her first hunt how extremely different she processes the smell of human blood as opposed to animal. I think she applied much of her knowledge of how Edward resisted her so that she could resist humans. She knew that not breathing would take away most of the problem and running away a sure way to fight off the temptation.

I really do think it was enough for us to watch Bella come to terms with how active her mind is and how many compartments it seems to hold now. We see how easily distracted she can be and we know how strong her emotions are now. It's certainly acceptable to believe that two years forewarning of what a monster she could be once transformed would be enough to keep her from letting that monster take over.
Precisely because death awaits us in the end, we must live fully.

Stars did fly toward each other, irresistibly, as if they were falling in love. And millions of years later, lovers on Earth drew together and fell in love, watching the stars fall.
Top

Ok, so... it was originally decided that Carlisle would be the one to change Bella since he had the most control. Bella then decided that she wanted Edward to do it... I LOVE that part in Eclipse when she's thinking that she wants Edward's lips to be the last thing she feels as a human! Gives me goosebumps! It was an honest thing for Bella to want that Edward be the one to change her... being together in body, soul, and spirit! *sigh*

Here's my question... and I am SO looking forward to answers!!!! Do you think that Edward's venom played a significant part in Bella's transformation? Because of his intense love for her, I think that it helped her retain more of "herself" while being a newborn. I know there's a lot of talk about how she skipped the worst parts of being a newborn because she had 2 years to prepare herself for the change... BUT, I can't help but think that Edward's venom played a part, too! Had it been Carlisle's venom, would Bella's transformation have gone differently? Interesting thoughts, indeed!!

Very good interesting thought and a very good question. Um...my thoughts on that is that edward's venom did not play a part-- it did with the transfomation..ofcourse!! but with Edward next to her side during the whole time she had to keep quite or it would have torn edward up to hear bella suffer. And bella would have done the same thing with carlisle because edward would have heard her somewhere off in the woods, house or close by.
Emmett and Edward are the hottest vampires alive!!!! 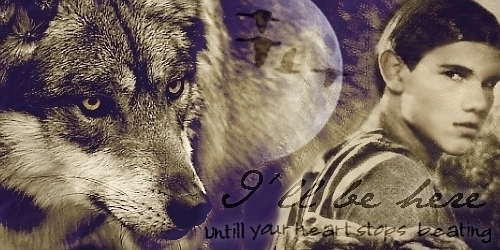