Okay Mafia-ites, you know the rules of the game (which is really good because none of the mods have a clue as to what you are all doing!!)

Anyone, besides us, who is wondering what the heck is going on can check out the last incarnation of this thread here. Good luck deciphering it.

This thread can reach 200 pages before you need to pm a mod and start the next chapter of Mafia life.

Lex Odyssey Question #5
What color are the graduation gowns for Forks High?

Thanks, Openhome! (I keep forgetting your name. Kayla, right?)

Good job, Mafia peoples! Now, uh, happy posting. Don't hurt the new thread. I'll see you on Saturday! (Someone can autopilot Lid, if they want to.)

Hey everyone! This is the Twilight Mafia.
*sweeps arm to show off our most awesome and totally wicked house*
These are the members:

And if you'd like to join...
First, get your name- Name Generator for de NOOBISH: Mafia Name Generator
Then fill out this form-
Name:
Job: Assassin, Stalker, Spy, Person (there are special jobs available, if you can think of them!)
Pet: (please restrict it to 3, and no picking on other people's pets, or I'll feed you to my llama)
Car: (Yes, thanks Captain Obvious, most of us know what cars are.)
Weapons: (should be obvious, if you have a particular weapon you like. Though vampires don't really need any.)
Room: There are 13 floors, but (officially) the first is taken up by the kitchen and game room, where we all congregate, the 12th is the libraries and sound rooms, and the 13th are mine and Nina's rooms. Mostly every other floor has plenty of space available (peoples rooms do NOT need to take up an entire freaking floor!)
Then PM the above form to myself (dandyvampgirl_13) so I can add you to the list and the website.

Whack List:
Hannah Montana
Miley Cyrus (I’m aware that this is the same person as above but now we have an excuse to whack her twice)
THE JOBROS! (Haha, just kidding Rita.)
Michael Crapon
Vanessa Hudgens
Zac Effron and his Romeo clone No need to whack him, because Zefron is BOSS. Lid has seen the light (and AVPM).
The Hacker
The Leaker
Stupid people who reported Sabina's awesome Frankie and Spencer shirts (We need a Chase one!)
*if anyone has someone to add to the Whack List, PM me and I’ll put them up*

New Addition! Le Rulez! 3 of them! (Yes, three, can't you count?)
1. 4 line minimum! Must be relevant, no txt/un needed caps, edited to reflect others posts, non -redundant! It saves space, so we don't blow through the thread so fast. I happen to like not being killed by the Mods.
2. No fighting among the familia. People who do fight will be sentenced to stick their noses in the corner until I see fit. More fighting means tushie kicking.
3. When we start a new thread, DO NOT POST UNTIL MYSELF OR NINA POSTS THIS POST!
4. Thou art not allowed to pursue, have an affair with, or otherwise destroy a Cullen's already existing relationship. WE STICK TO CANON!
Disobeyment of any rule will result in being whacked most severely with the Doomstick, wielded by Sabina or myself.

And if ya'll are confuzed upon seeing our complete weirdness, I suggest to you this brilliant site, made by our very own Sabina (Waffle Of Doom). Now Lid and Qeenie summarize what happens in the lives of the familia every now and then because we don't update nearly as often as we should. Life With Da Familia Blog. Believe me, its very helpful. Now you don't have to read the 20 new pages that occur every time you leave the computer.

Also, we now have a Mafia retreat! At the end of the 7th thread, we decided to invade Canada. After the 10th thread, we invaded Florida. Now we have laid claim to Ireland, or The Shire, and we are hosted there by very generous friend's of Queenie's. Course, the retreat is for emergencies only (being confined to the corner, waiting for a new thread, ect...), and we leave it alone for the Hobbits whilst we have our own thread. But, enjoy!

OK, are we all still trapped in the Ball Pit of Doom in the cage?

Or is it an new start, like it never happened?

Or was it all and illusion, made to make us go mad? 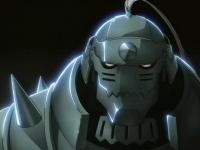 I grinned and ate some.

haha Openhome, I had no idea you made mod status...congrats!)

(Aha. Emmaline has found a loophole! Medea cast a spell so that people couldn't get out...)

Queenie shook herself out and her creamy white skin soon fell away and was replaced with orange fur the colour of the warmest sunset. (Going on Vampire Diary status) The Vixen's lids fluttered open quickly and leaf green eyes scanned the perimeter of the cage, finding it's target in between one of the two bars. She ran through the sea of colourfully arranged balls and leapt through the space smoothly.

Her landing however was not as smooth as Queenie began changing back, causing her to collide into a nearby oak tree, shattering it to woody pieces before her entire petite frame touched it.

(The Pit of Doom is outside right? Or did it somehow move into the living room?)

"Oh flipping Hell." Queenie moaned, springing to her feet immediately as the pieces of oak fell to the ground.

"Hey!" Lidia spanked me!
"Quiet, lassie, and ye won't get hurt!"
Hmph. Whoaaaa! At least the ball pit was now extra cushy from the marshmallows, not that I would've been hurt anyway. I flipped and flopped and flailed like a fish out of water. Finally, I was able to sit up. Just as I did, I saw Queenie transform into a bright copper colored fox and squeeze through the bars on our cage. And that gave me an idea. I looked at Lucia, who was closest to me, did a quick raise of my eyebrows and flicked my tongue at her. Then, I closed my eyes and concentrated. I started to shrink and feel cold, my arms and legs melded into my body and my skin disappeared. I opened my eyes and flicked my tongue again, I could taste EVERYTHING! A lot of rubber and sugar particles and pollen, I could also taste individual people, it was quite similar to how the smell. I slithered up, following Queenie's taste, and out the bars of the cage. FREEDOM!

(Didn't you just get into the ball pit, Ali?

Queenie's now crimson eyes caught sight of something scaly and for a moment, she nearly mistaken it for Nagini.

But of course, you're not Naaaaagiiiiniiiii... Queenie murmured in Parseltongue at the snake in amusement as she brushed off a lingering chuck of wood on her shoulder.

"Perhaps we should be courteous and help the rest of the lot?" She asked, head tilted as if waiting for the snake to respond.

DramaPrincezz013
Wrestling With Emmett
Posts: 2562
Joined: Sat Jan 31, 2009 4:48 pm
Location: Bouncing back and forth between Forks and Mystic Falls

"You'll see!" Rosa said mischievously. She ran out of the house and to the back where a huge ball pit was. Funny, I didn't remember this..She dropped me into the pit with a bunch of other familia members. "See, this is what happens when all of you are gone for a while," Rosa said laughing. "Lid and me get bored, and we have to find something to occupy our time, like kidnapping you all."

"Ugh. Rosa, let me OUT," I grunted, sending a shocking wave of electricity into her arm. "This isn't a very nice homecoming gift."

The ListV2~Apple::::Mafia~Eva DiMarco::::On bunches of teams!
"You're the closest to heaven that I'll ever be, and I don't wanna go home right now." </3
Top

((Yes I did, but knowing Lidia, I assume I'll get thrown back in somehow anyway.))

The pretty little fox that was Queenie started mentally speaking to me. No, I am not thisss Nagini of which you sssssspeak. "Perhaps we should be courteous and help the rest of the lot?" Queenie tilted her head in a questioning way.
Of courssssse. Though I'm not sure exactly how many of them are going to want help from me. As far as I know, none of the Mafia members are afraid of snakes.

((This is very displeasing. You lot have forgotten all about me and dear Monica, haven't you? And I thought I had made a lasting impression in your colorful brain matter! It hurts my soul people. My soul. I feel greatly saddened, Emmaline!))

((Well, as a homecoming gift to everybody, and to celebrate the belated birthday of our new thread, Monica will cause much more trouble than she is worth.

The small, misshapen blur streaked almost clumsily past the entrance to the massive house, safely hidden away from the rest of the world in an almost surreal state. Breezing past the glimmering cars parked ostentatiously in the large driveway, the blur formed into a smudge like bright colors smeared across a canvas as it slowly almost imperceptibly.

The figure was only visible for naught but a split second as the girl with the porcelain skin completely stopped to be allowed into the ornate hallway of the mansion, where the cries and shouts of laughter were more audible as they echoed off the glittering walls.

To eyes aided with the supernatural vampiric ability, the snarling bundle of cloth smothered by the girl's side would be easily recognized as another vampire. But her bright scarlet eyes were wide and owl-like as she surveyed the house with a jittery aura of unease and nervousness. There were only a few of the vampires that would take notice of her entrance, and the Boss was missing in action.

The girl blended into a blur streaked with a rainbow of colors once more as she darted up the stairs restlessly to make an abrupt stop on the fourth floor. With shaky, worried pale hands, she thrust open the door to her own room, and shoved in the struggling, yelping bundle into the small closet of a room. At the last moment, before the small girl could shut the door closed in a panic, a small, tussled head popped out of the cloth, bright red eyes burning in her babyish, round face. Her mouth opened widely to bare her pearly fangs, but the door slammed shut before the tiny child could leap.

Monica held the door knob tightly as Feline slammed her small, slight body against the heavy door. It wasn't enough to muffle her shrieks or her inarticulate crying. Monica leaned her body against the wood, her deathly strength the only thing between the Mafia and this bloodlusting newborne. After a few seconds it went horribly quiet.

It was the ragged, splintering sound of steel nails digging themselves into the carved wood, accompanied by a banshee wail.

"I'm sorry Feline." Monica sounded tearful at best, her bright eyes searching for any penetration within the door. She propped anything remotely weighing any weight at all against the door, her tiny frame shoving a half ton statue of whoever the hell against the dining table, the dresser, the sofa.

((For anyone who does not know me (and I don't think there's much, because I haven't spotted anyone I haven't met yet, except for perhaps Medea), I'm Shelby. And I write really long posts. Party on.))
Monica Romela, the Spaz of the Mafia; The Cheerful Assassin